Does the 4-day work week work? Here’s what we’ve learned so far.

During the pandemic, many of us left the physical office and still remained productive. Can we leave the five day work week and remain productive, too? Starting January 2022, we joined a very small wave of companies daring to challenge the norm of a five-day workweek. Our Seattle-based and remote team members began a three-month trial of a compressed four-day workweek — Monday to Thursday with no change to salaries.

FDR effectively formalized the 40-hour workweek into law with The Fair Labor Standards Act of 1938. The world has changed drastically since then. Logic would suggest that the workweek should, too. So we put it to the test.

“The normal working week doesn’t work in many ways. It’s just hidden by the fact that we’re forced to do it.”

—Will Stronge, co-author of Overtime: Why We Need a Shorter Working Week, Coverage from NPR

After our experiment trial period was over, we compiled all data, results, and implementation secrets into a playbook to share our learnings. The results were not all positive, which we expected going in. But in reviewing the data, the overall decision to continue was an easy one.

What you’ll find inside this playbook: 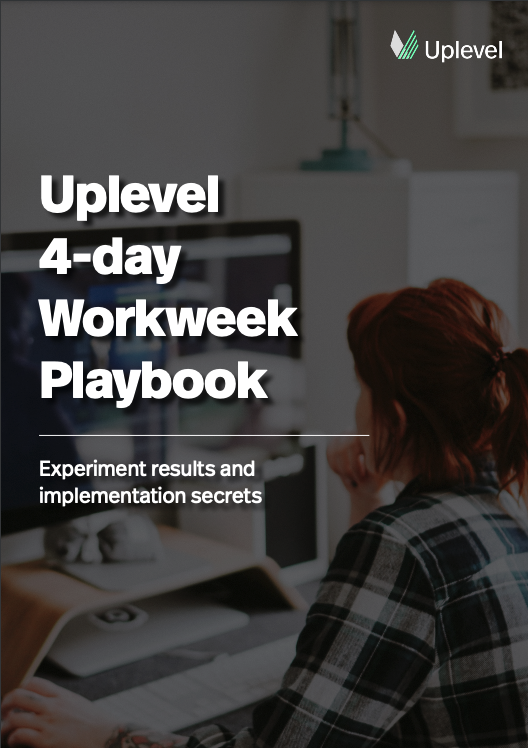 “Overall, productivity has more or less been the same as when we were at five days, but the planning aspect is where I notice the time crunch. The team is committed to continuing to work on our effectiveness. As a team, we have done a better job of monitoring and responding to our team health. We’ve also cut a lot of recurring meetings that were not providing us with consistent benefits.”

“It seems counterintuitive, but reducing the number of days in our work week has increased the speed of our team’s decision making. A large part has to do with staying focused. We question the purpose of every meeting and happily end the meetings we keep early once we’ve addressed all agenda items.”

“…the four-day workweek was a great forcing-function that led to our team implementing processes to better manage open support issues, track customer tasks, add automation where we could, be more strategic with meeting length and efficiency, share knowledge across the team to better support each other, and ultimately better prioritize our team’s work-life balance.”